Ep. 3: Joe Walsh and the History of Heil Sound 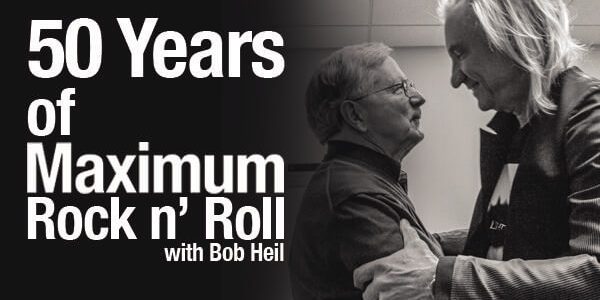 What comes to mind when you think of Joe Walsh? You probably think of his incredible contribution to rock music through The Eagles and James Gang (and other groups), as well as his solo work. But you probably don’t picture him as a ham radio operator or an electronics expert.

But in this episode, that’s the Joe Walsh you’ll encounter. Bob Heil shares stories from his decades-­long friendship with Joe that began with their mutual interest in ham radio. That friendship blossomed into a collaboration that resulted in numerous advances in modern sound, including large diaphragm dynamics, the Fin microphone, and the Heil Goldline Pro, which later became the PR­20.

No matter what your interest or experience level with sound, you’ll be amazed and inspired by Bob’s stories about Joe Walsh and other legends from the pages of rock ‘n’ roll history.