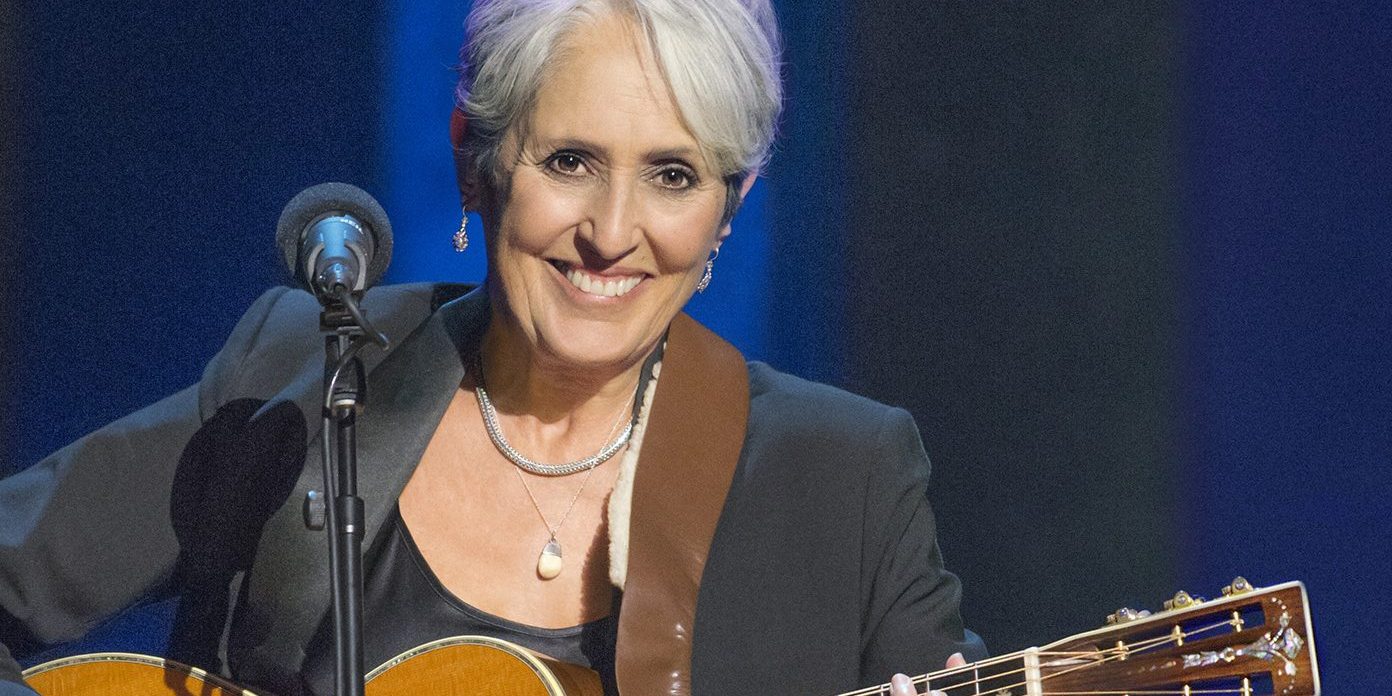 (Fairview Heights IL) Very few music artists have managed to stay relevant and at the top of their game for decades like Joan Baez has. From her early days in Greenwich Village coffee houses to protest gatherings to worldwide theater and arena tours, she has defined much of the modern folk music lore and sound. Bob Dylan once described her voice as “that of a siren off of some Greek island…an enchantress” and anyone who has attended her concerts would agree.

Shortly after her Rock And Roll Hall Of Fame induction in April, 2017, Baez announced, “While 2018 will begin my last year of formal, extended touring,” she said, “I’m looking forward to being on the road with a beautiful new album about which I am truly proud. I welcome the opportunity to share this new music as well as longtime favorites with my audiences around the world.”

A true road warrior, Baez spent most of 2018 on her “Fare Thee Well” tour which now stretches into 2019 with a three-piece band and a new batch of Heil Sound PR35 microphones for vocals. The current leg of the tour kicked off in Europe after rehearsals in Barcelona and winds through North America until returning to Europe at the end of the summer.

No stranger to Heil Sound mics, the relationship between Baez and Heil began in 2008. Company founder, Bob Heil, remembers it well, “Joan happened to sing into our PR 30, which isn’t a handheld mic, at a rehearsal and loved the sound and asked if a handheld version of it was available. Weeks later I came up with a design for the PR35. I credit Joan with giving me that spark of an idea that turned into one of the most successful microphones that Heil Sound makes.”

Jared Herman is mixing both FOH and “partial” monitors for the touring group which consists of, in addition to Joan, Dirk Powell (piano, bass guitar), Grace Lynn Stumberg (vocals) and Gabriel Harris (percussion). Jared controls monitors from FOH on a Digico SD12 for Joan, Grace Lynn and Dirk, while Gabriel has his own Digico SD 11 located on stage so that he can control his mix. Veteran sound mixer, Derek Williams will be at the helm beginning in April.

Herman has been very impressed with the Heil Sound PR35s saying, “I find that the PR35 gives me not only the full body of Joan’s lower vocal register but also the sparkling top end air that I find lacking in other live vocal mics. I also found them to have an extremely warm analog sounding quality across all the singers which is nice as I’m working mostly in the digital realm at FOH.”