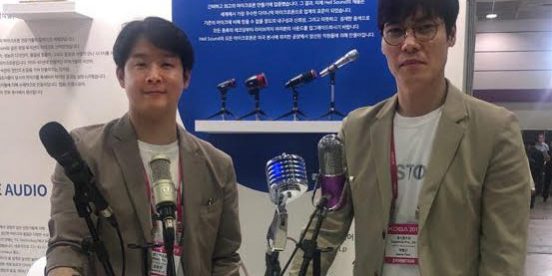 Heil Sound has announced the appointment of four new distributors for its line of professional microphones and headphones.

South Korea’s CAPSTONE PRO, Italy’s TEDES, Greece’s Ntoulas Sound, and Dubai-based Broadcast Media Zone will become distribution partners for Heil Sound’s popular Pro Series and HDK drum mic kits as well as ProSet headphones. The appointments come on the back of an expansion effort in response to increased sales and product awareness outside of the USA for Heil Sound products.

CAPSTONE PRO’s appointment came to fruition after a series of meetings that began at the Winter NAMM show when company founders Jesse Park and Kevin Kim visited the Heil Sound booth and met with Ash Levitt, head of research and business development for Heil Sound. “We were very impressed with Jesse and Kevin. They are young and bring a fresh perspective that belies their collective deep experience in pro audio. They have set up a business model that we believe is ahead of the curve and we’re glad to be part of it in South Korea.”

CAPSTONE PRO’S Park is equally enthused saying, “What makes Heil Sound microphone so special is that the brand has a story to tell and we are proud to share it with end users. We have seen Heil Sound microphones at live sound events throughout the country. We appreciate the quality of the microphones as well as the company’s history and want to build the market here in South Korea.”

“We’re excited to be working with this group of distributors,” said Levitt. “The creative community worldwide is massive and our products fit so many areas; live sound, studio, broadcast, and podcasting. As our founder, Bob Heil always says, ‘It starts at the microphone.’”