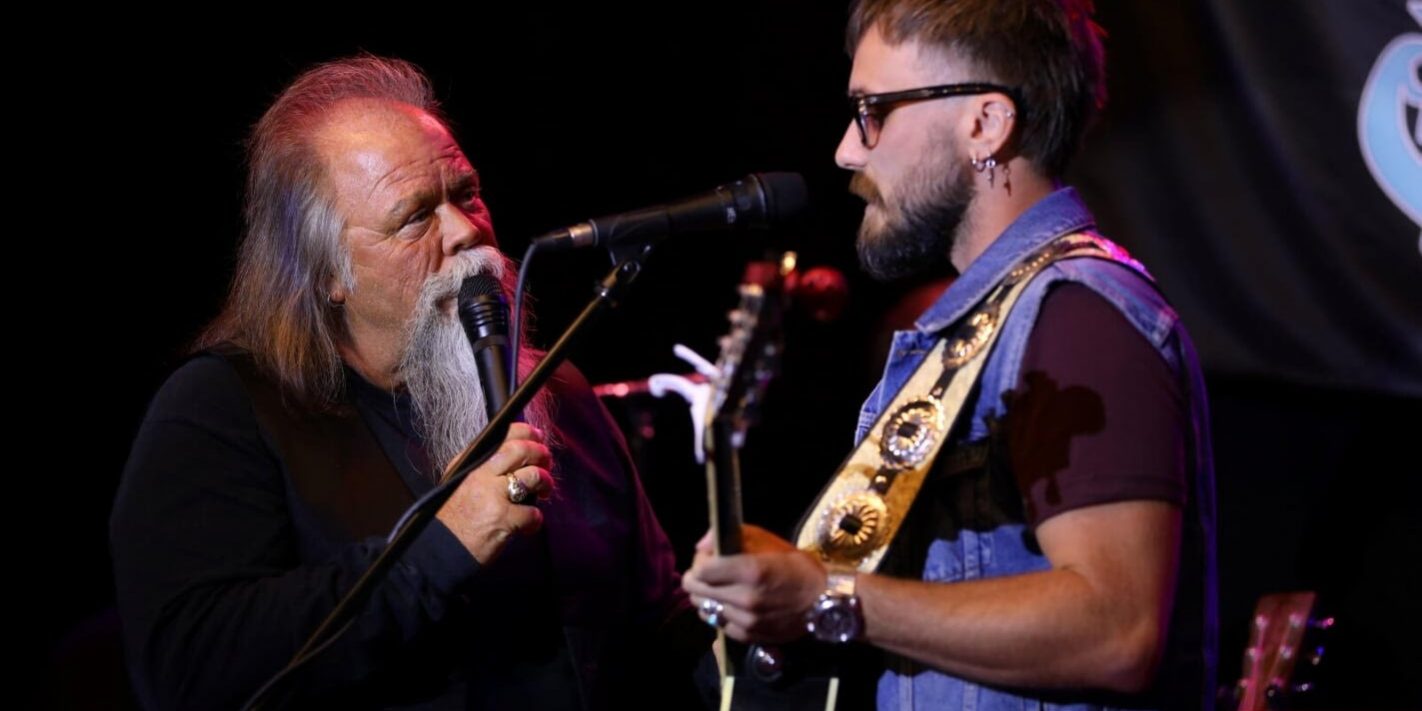 Americana/Bluegrass entertainer Jimmy Bowen recently wrapped the first season of his Jimmy
Bowen & Friends, a new live TV music series that premiered this fall. The show hosted by Bowen consists of thirteen
half-hour episodes featuring Bowen performing live with his band and a featured guest artist each week. A slew of Heil
Sound microphones, including PR35s on vocals, PR31s on guitar cabinets, and a mix of PR30, PR40, and PR22s on
drums provided by Tony Cottrill and his company Lonely Dog Productions, were utilized in the productions.
Cottrill, who worked as multi-track engineer and post mix engineer, is no stranger to Heil Sound microphones and has
been using them on tour with several Nashville-based artists for the past five years. “There’s something magical about the
PR30 and PR31 on the front of a guitar cabinet. For drums, the control and consistency with the off-axis response gives me
an evenness and stability sonically.”
Not surprisingly, given the nature of this music performance-based show for broadcast, pains were taken to ensure that
both Jimmy’s vocal and any guest singers’ vocals were positioned in the mix for absolute clarity. For that, Heil PR35s and
a RC35 wireless capsules were utilized. Cottrill says, “To my mind, there was no other option. I’ve experienced what a
PR35 can do in terms of cutting through in a big, sometimes-not-so-great auditorium through a PA and I knew they could
do the job here.”
The shows were filmed live at Ridenour Rehearsal Studios in Murfreesboro, Tennessee in their
venue, “The Alley.” Guests included a mix of established and rising artists with a diverse musical line-up including John
Schneider (Dukes of Hazzard), Cody McCarver (Confederate Railroad), Jake Hoot (The Voice, season 17 winner), and
others.
Jimmy Bowen & Friends is syndicated nationwide and was produced by award-winning production company CJM
Productions who’s shows are broadcast in over 160 million homes in the USA as well as the UK and New Zealand.
Season 2 will begin shooting in early 2021.