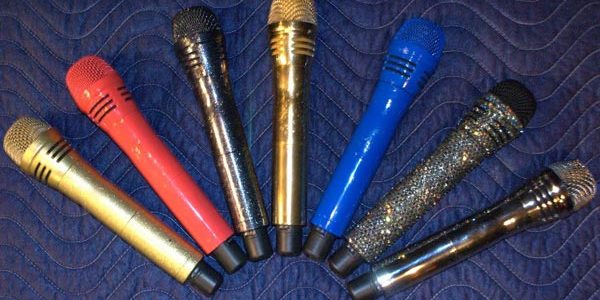 Multiple Grammy award and American Idol winner Carrie Underwood has embarked on a tour of North America in support of her album, “Play On,” that began on March 11 in Reading, PA and concludes in December. The “Play On Tour” takes her to arenas with one very important stop in Las Vegas for the Academy of Country Music Awards ceremony where she became the first woman to ever win Entertainer of the Year twice. In all of these appearances, Heil Sound microphones take center stage with her. Clair Global is providing live sound reinforcement for the tour.

The decision to use Heil Sound products, specifically the RC 35 wireless capsule, began with Cam Beachley, who is Carrie’s monitor mixer. According to Beachley, “The existing wireless system itself was fine, but the capsule needed to be changed, only because Carrie cups the mic and we needed something that didn’t color the sound when she does that.” An extensive listening session was held where as Cam put it, “nothing made me happy.” Once the Heil RC 35 capsule was brought into the picture however, things changed for the better. “The RC35 sounds the same regardless of how someone holds it,” Beachley reports.

It was then left to the Heil Custom Shop to come up with versions of the mic that would fit and compliment the look of Carrie’s very theatrical show. Seven different finishes, including a blue that matches the color of a 1959 Ford pick-up truck used on stage, were provided. Also, Cam came up with a unique “cane” mic that utilizes a 90-degree swivel on an extended stick used on the opening number. In addition to the RC capsules, Heil mics are being utilized in a variety of backline uses including a PR 48 and a pair of PR 28s, both models usually associated with drum micing, being used for keyboardist Jonathon Hamby’s Leslie set-up.

Of course, performance and control for the monitor mixer must meet high sonic expectations out front and Randy Lane, FOH mixer for the tour, had no problem making the move to Heil Sound mics. “Carrie is absolutely one of the best vocalists I’ve worked with. She can take a song from an intimate whisper to one of the most searing vocals you have ever heard in your life in the space of a heartbeat, and the Heil RC 35 delivers that vocal impeccably. I like to make sure that her vocal is the focal point, but I also make sure that what the band plays on stage is conveyed accurately to the audience. She has a top-notch band with her and I’m trying to capture exactly what they play and just stay out of the way,” he says. “To that end it all starts with the source and Heil mics absolutely are faithful to the source.”