A Pile of Heil at Mercy Lounge 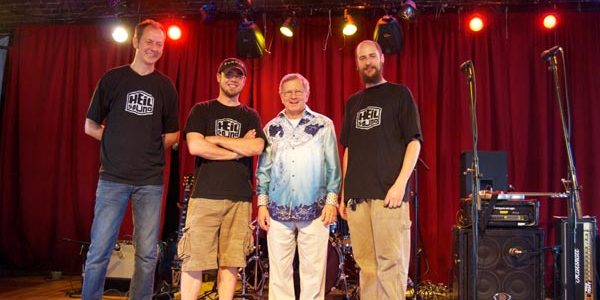 (Nashville TN) The Mercy Lounge, located in Nashville’s historic Cannery building, has entered into a partnership with Heil Sound making Heil the microphone of choice for the club’s varied live events. The lounge was opened in 2004 and quickly became one of the premier venues in Nashville. The room is also used for record release parties, DVD shoots and live recordings. A full Heil Sound mic package is in place including PR 35s, PR 30s, PR 40s, HM Pro Plus, PR 22s and a HDK drum mic kit.

Chris Wilhelm is the Production Manager at the Mercy Lounge and was the first to contact Heil about the possibility of the two companies working together. Wilhelm stated, ” The Heil line of microphones is nothing short of amazing. They truly set a new standard both in build quality and performance. On the management end of the Mercy Lounge is Andrew Mischke, who is also pleased with the arrangement. “Mercy has been thrilled with the working relationship we have been building with the Heil team. We are very excited about our partnership with Heil and look forward to it continuing in the future.”

The Mercy Lounge continues with a full schedule of national touring acts. In June they showcased local indie bands with the “Road To Bonnaroo” competition for artists to compete for a chance to play at that festival. They also hosted a benefit concert called “Rebuild This City (On Rock and Roll)” which raised $11,000 for Nashville flood relief.