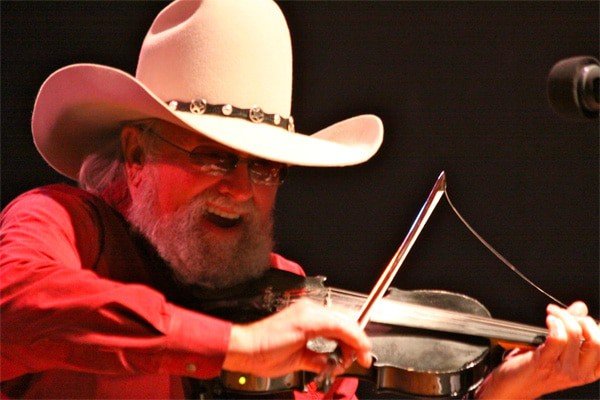 The following is an “official” press release announcing Heil Sound’s participation in Charlie Daniels’ Volunteer Jam. As with any media notification it follows a fairly standard pattern; event information, nice quote, and some links.

And while it’s all true, and Bob Workman – Charlie’s long-time audio engineer – gives a great quote, somehow it doesn’t convey what we at Heil Sound really think about Charlie Daniels, his band, and crew.

We’ve been working with the Charlie Daniels band for a few years now and they are family. We hope that if you are in Nashville, or able to get to Nashville, you will attend the legendary Volunteer Jam…

The Charlie Daniels legendary Volunteer Jam returns to Nashville on August 12 for a star-studded show and Heil Sound microphones will be along for the ride. This is the 40th anniversary of the Volunteer Jam and Charlie is pulling out all the stops.

The lineup for the massive 2015 concert includes everyone from Trace Adkins to Ted Nugent to Billy Ray Cyrus to The Kentucky Headhunters with more being added daily.

The decision to mic the stage exclusively with Heil Sound was made based on several factors including the company’s long relationship with audio engineer, Bob Workman, and the band. “Heil Sound, the company, has supported the Charlie Daniels Band, both on our US tours, and when we perform for our troops overseas.

Bob and Sarah Heil are staunch supporters of efforts to help our military veterans. On a practical level, this show needs mics that not only sound great, but are versatile enough to be used by a wide variety of guests.”

Click on the PR 22 image below to enter to win this exclusive custom mic.

The Volunteer Jam began in 1974 and has brought together some of music’s most iconic and eclectic acts throughout its history. Proceeds from this year’s event – being held at the Bridgestone Arena – will benefit the Journey Home Project, whose mission is to connect donors with organizations that meet the healthcare, education and career needs of veterans.

Funds raised will also go towards the Predators Foundation, devoted to funneling the excitement of professional sports towards the needs of the Nashville community.