Hot for Teacher – By Robert Scovill 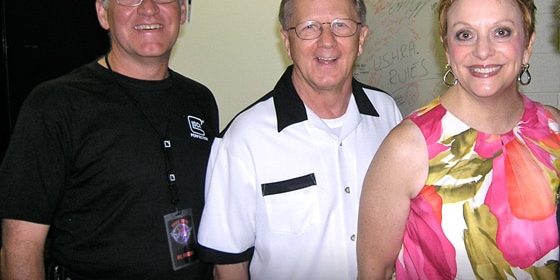 Editors Note: We are beyond pleased that, industry guru and all around nice guy, Robert Scovill has taken time to write Heil Sound’s first guest blog. Robert is currently touring as FOH mixer for Tom Petty & The Heartbreakers.

In my travels around the globe, both on behalf of Avid Technologies as well as for my touring clients, I have met countless men and women who desire to get into the field of music production. In nearly every one of those encounters there is one undeniable thread that runs through them; the quest for more knowledge on the subject and more “training”.

And it’s here where the questions really start. “What kind of training do I need? Where can I learn to operate one of those? Can you recommend any books on live sound? Are there any schools that teach this? And on and on it goes.

Well, okay, here we go … For starters, many of today’s name recording studios offer training as component of their revenue model and some are even incorporating a live sound component. Of course, many technology manufacturers offer operational training as a component of their business or marketing models. Even sound companies are now starting to offer in house “on campus” formalized training for their employees. And there has certainly never been more “audio schools” in play both in the post secondary education market as well as in the formalized university setting.

Heck, I’ve even joined in the fray over the past couple of decades now. I’ve lead many AES chapter classes and seminars, I’ve consulted on curriculum for audio schools, helped develop courseware for manufacturers and as of late have worked with numerous churches helping to “train” and orient their staff members with classes and seminars. In the not too distant past I’ve even held my own series of five day workshops for budding live sound professionals called “The Complete FOH Engineer”.

So, with all these training avenues in play it begs the question; what is missing? Why is there still such a thirst for training? And maybe more importantly, if there’s all this training available, why does the industry as a whole feel that live sound in particular has not gotten all that much better over time or is not really evolving comparative to the pace in which the technology is evolving?

For starters, as the industry has grown and evolved it’s not done a great job of identifying the different disciplines and then correctly positioning both the types of training needed for a given discipline in conjunction with developing consistent content and approaches for the given field of expertise. By this I mean, we have a tendency to equate all training as “audio training” or “live sound training” when in fact it really needs some well defined silos in order to make the teaching and the subject matter more targeted, and in turn, more effective for the student and the industry they will serve.

As an industry we’ve also done a relatively poor job of establishing a base line of any sort with regard to concert sound that can be consistently taught. I mean consider that everyone of the classroom settings that I mentioned above – including my own seminars – would be wildly different in terms of content. Ask 10 of the biggest sound companies what new hires coming in to their companies need to know and you’ll likely get 12 different answers. Take a cross section of what is being taught with regard to live sound among the “audio schools” and you would be hard pressed to believe they are all even teaching the same subject. In essence there is a LOT of confusion in the industry by both parties; teacher and student.

It makes me think of this great exchange from a movie called The American President where a young staffer is calling out the president on his lack of leadership from a recent speech compared to the man running against him in an upcoming election. For me this quote kind of signifies the challenge before us where Lewis’s mindset represents the men and women trying to enter the field and the Shepard mindset represents the industry as a whole.

Lewis Rothschild: … “They want leadership. They’re so thirsty for it they’ll crawl through the desert toward a mirage, and when they discover there’s no water, they’ll drink the sand.”

Now, while I could likely make these words fit nearly any of the situations I mentioned above, it seems most analogous to how folks are responding to today’s operational training for digital consoles or DAWs where many folks consume or “drink” these courses in believing they are going to be taught “how to mix” or “how to record” when in fact what the course/training is really focused on is little more than how to “operate” the technology.

Now, don’t get me wrong, it’s not that you need to be skilled in one or the other. Operational fluency, in and of itself is great for the manufacturer and is certainly required for you the user as well because, let’s face it, being able to actually operate the thing sitting in front of you is a big asset. The alternative is certainly not so rosy. Especially in light of how complex the machines are now and how different they operate from manufacturer to manufacturer.

But the missing piece from the skill puzzle with regard to people who desire to mix, is the “why”. The thought of “why” I would want to do something on a given piece of technology and that speaks directly to context and taste with regard to the what you are actually mixing, not simply how to get a signal from point A to point B and add it to another signal. What is not taught, and frankly is much tougher to teach and learn, is how to “respond”. This is never been more necessary than while mixing music, especially live music.

The answer to the question “now what?” when given the seemingly infinite choices of what to do after hearing and examining a given input. It’s just simply not cut and dried with regard to what to do every time for a given style of music – and frankly, I hope it never gets to be that way. If it does, it essentially becomes a paint by numbers profession where subjectivity and taste are not in play. I mean, how much skill and influence is actually required to paint by numbers. Right?

I’ve oft said in front of anyone who will listen “I can teach a monkey how to operate the technology, what I can’t teach him is why to choose a particular tone shape on a given instrument in order to get it to work and fit into a particular blend or style of mix.” Although, I’ll tell ya what, after taking my ten year old to see “Dawn Of The Planet of The Apes” last night, maybe I’ll need to rethink that statement. 

I find the skill of mixing to be somewhat analogous to photography or even painting. Have two or more people paint or photograph the same image and see how varied the results end up being. Meaning; just because I know the operational ins and outs of the camera, or the paintbrush and the canvas for that matter, having that ability does not make me a competent photographer or painter. I have to have both and eye, and THEN skill to operate whatever it is I’m going to use to put my vision on display. In the case of audio, not an eye, but an ear and not a camera but a mixer or DAW.

And this is the missing ingredient that I see all around the world with folks that want to be “trained” to be a mixer. They equate it to console operation. By most accounts many have little insight into what actually makes music tick. Why does this sound or that sound actually work? What drove the artist or producer to choose that sound for that part? I mean, at the end of the day, it’s really music production appreciation and studies isn’t it? And, honestly, from the lens I’ve been looking through, it’s doesn’t appear to be being taught in but a very few places on planet earth and rarely if ever in live sound.

So, for all of you mixer wanna-bes out there, here’s my advice to you. Eat live and breathe music. And stretch out to as many types of music, recorded in as many ways as you can find and take it all in. Break it down, study it, live it. Once you do that, your challenges will be less about learning to operate all the cool-guy toys and more about simply making great sonic choices in order to make great sounding music regardless of what technology you’re sat in front of.

Believe it or not, the sounds are actually inside of you waiting to get out, not inside the console or the workstation. Now, if the sounds are not currently inside you, then you now know what kind of “training” you actually need. Good luck, now get busy!