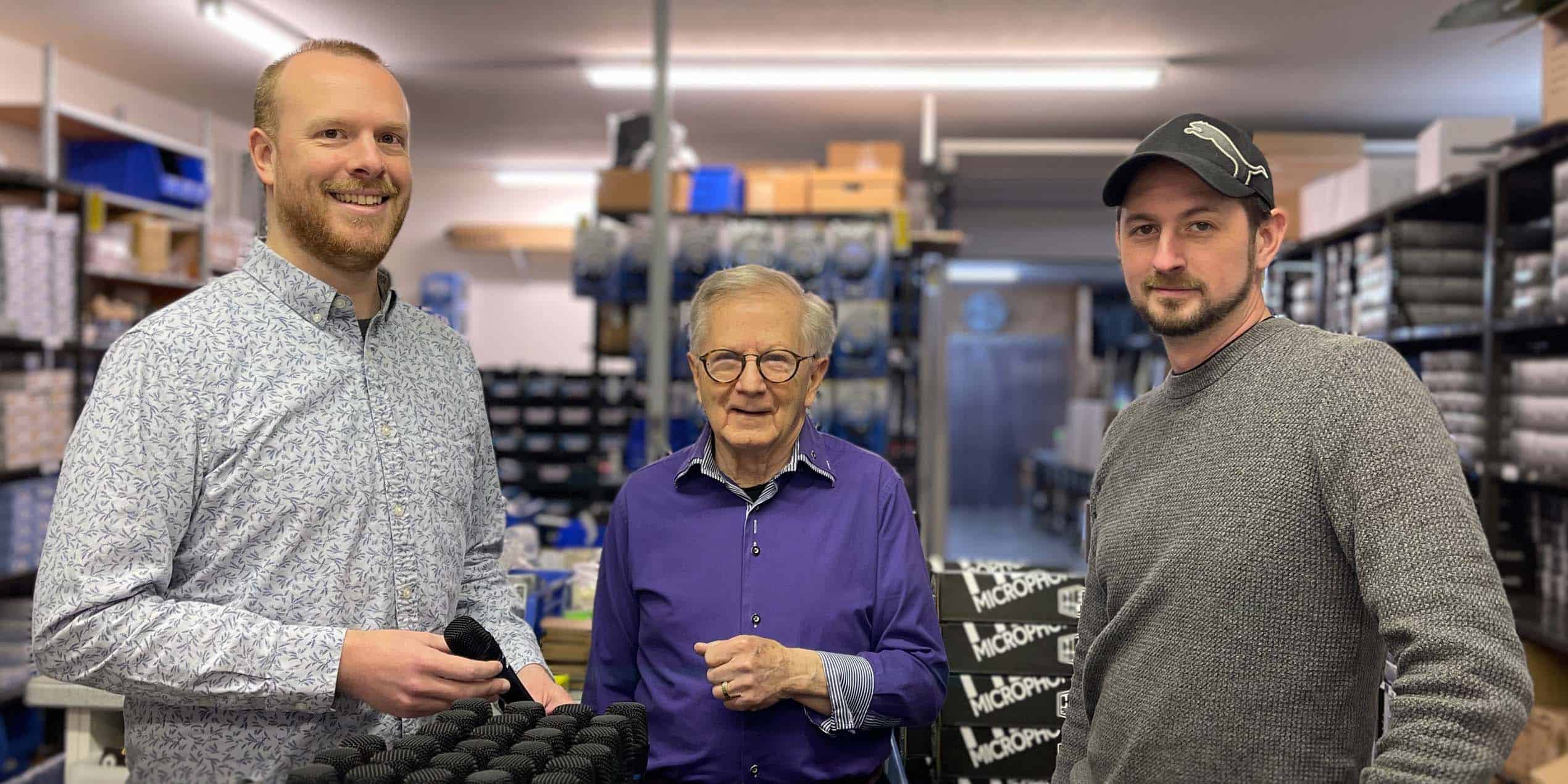 Heil Sound, the Fairview Heights, Illinois-based manufacturer of professional microphones, has announced the successful transfer of ownership from Bob and Sarah Heil to current President and CEO, Ash Levitt, and Director of Operations, Steve Warford. Sarah Heil has retired, but Bob will continue to do outreach work and product design within the amateur radio space under the title Founder and CEO Emeritus.

When discussing the transition, Heil said, “My life has been about achieving great sound, whether on the concert stage or in the amateur radio world. I’ve watched Heil Sound go from a regional sound company to a world-class microphone manufacturer. This company has been my passion but it is time for me to step aside. There is no better team to carry the company forward than Ash and Steve, and I have the utmost confidence in them.”

Both Levitt and Warford started working with Heil Sound as teenagers building and packaging products. Levitt took a different career path in academia for a number of years but continued to regularly consult with Heil Sound during that time. Levitt returned to Heil Sound full-time in 2017 and assumed the role of president in 2020. Warford worked his way up in the company during his tenure and has been responsible for daily operations for the past several years.

“Steve and I are honored to carry forward the legacy of Heil Sound,” Levitt responded. “We care very deeply about Heil Sound’s role in the industry and intend to build on that going forward with new products and greater distribution. An important part of that role that we pride ourselves on is the connection we have with professionals and end-users. As a musician and former broadcaster, I have spent a lot of time on stages and in studios in front of a microphone and understand our users’ needs. I and everyone at Heil Sound share a passion for what we do because it helps others achieve their creative endeavors.”