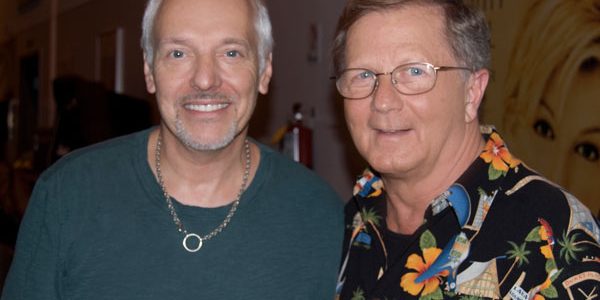 Thirty-five years ago, Bob Heil built one of his now famous talk boxes and gave it to Peter Frampton as a Christmas present. Peter had left Humble Pie and was embarking on what would become a stellar solo career. As history proved, that Talkbox played a huge role. “Frampton Comes Alive!” released in 1976, went on to become the best-selling live album ever recorded. In the ensuing years both men went their separate, and well documented, ways. Bob Heil built Heil Sound, becoming a leading designer and producer of microphones, while Peter Frampton toured and sold millions of records.

Always connected through past music, but never in a way that merged in today’s music scene. Until a phone call in May of 2009 when “The Man” called “The Man” to talk microphones.

It seems that the Grammy Award winning Frampton, had been quietly using a few Heil microphones with great success in his studio for recording. His live microphone package however, consisted of other brands and Peter was curious about the latest developments at Heil Sound in the live sound world. One phone call to catch up on old times, talk about new products and “boom!” an input list was sent to Heil Sound for Peter’s upcoming summer tour. Prior to leaving, Peter sent an email to Bob saying, “Just a note to say how great the Heil mics are. You must know that the buzz is out there. You’ve hit on a very good place in the microphone arena!”

Check out the You Tube link to see a conversation between Bob and Peter taped in Nashville July 18, 2009. https://www.youtube.com/watch?v=gqxtAIWQHY8